Bochum, I come from you. There aren’t many who can say that. Annika Engelbert can. A story about culture, education and lots of love in the Ruhr, visualized by Ronald Krentz.

When I tell strangers which city I’m from, chances are that in 95%, they start to sing ‘Bochum, I come from you!’ (‘Bochum’ is a song by Herbert Grönemeyer, a popular German musician). That can be great, or not. The song is from 1984 and not everyone necessarily remembers the melody.

‘Deep down in the west, where dust masks the sun, it’s much much better than one might have known.’ Great! Not even 10 seconds into the song, and one is already told that Bochum’s reputation is the pits.

In fact, even if this usually entails a lot of sympathetic looks: there are people who come from Bochum, and there are even people who still live there. And even like living there. 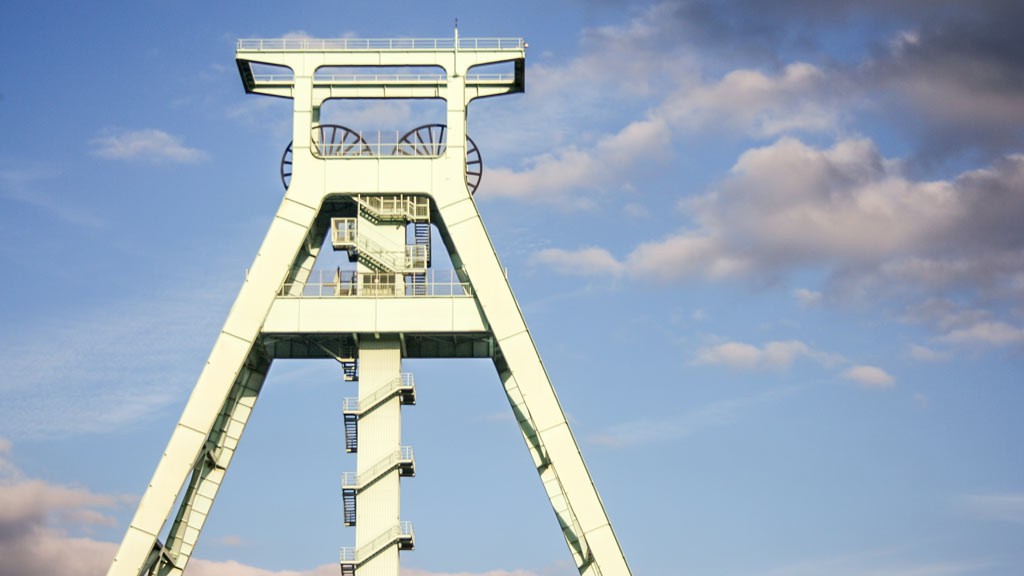 And I dare to claim: there is culture in Bochum! Just now they are building a new concert hall – in which case one could ask if we really need it. In state of a musical emergency, all we’d have to do is take a left or a right on the A40 (Autobahn) and in 15 minutes either be in the concert hall in Dortmund or in Essen.

But hey, we want something of our own!

Inferiority complexes of a big city which is sandwiched between two even bigger cities. Bochum is the venue of the Ruhrtriennale, an international art festival. Bochum also hosts various music festivals, which are so highly frequented that the population density rivals that of Bangladesh. And since 1999, ‘Bang Boom Bang’ is screened every Friday in a movie theater in Bochum, without having been canceled once (negative record of visitors: 1). 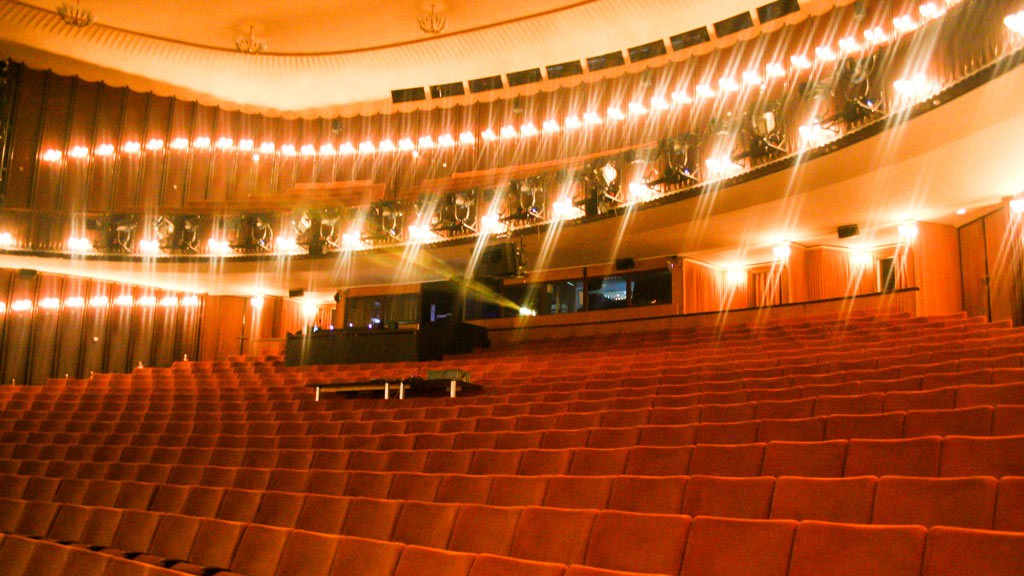 In terms of culture, those who are unfamiliar with the place rather associate the city with ‘Starlight Express’. A musical on roller-skates about the turbulent life of trains. Now, it’s disputable whether this can already (or still?) be considered culture, but could 15 million visitors in 27 years be wrong? Perhaps one or the other musical tourist could be convinced to roll into the theater. Just once.

Into one of Germany’s most renowned spoken theaters, where you are so warmly welcomed that you never want to leave. It’s in this wonderfully consistent architecture of the 50s where they all get together in the evening: students, subscribers, honor classes in German from all Bochum high schools, parents in dating mood. A friend from the Rhineland once asked me if she should wear something fancy to the theater in Bochum. I would assume that since the wild directorship of a certain Leander Haußmann, the audience would probably be glad if someone wore clothes at all. Everyone may and should come. For a long time, there were company arrangements at the theater: discounted ticket fees for workers and employees of the big industries such as Krupp and Opel. Today, students in Bochum get a theater flat-rate of one (ONE!) Euro per semester. Structural change, mirrored: Opel shut down, Bochum’s biggest employer is now the university. 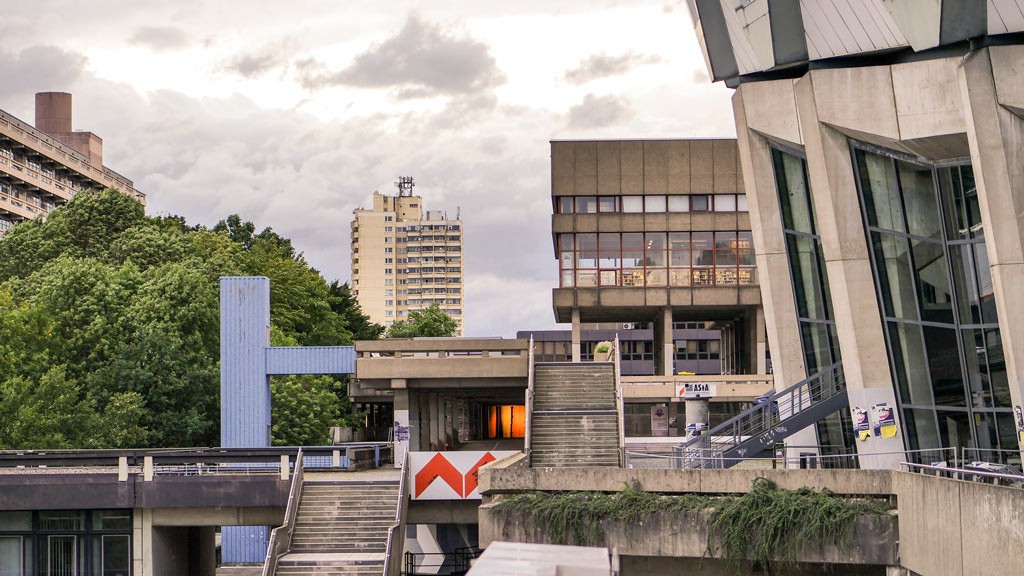 Another interesting association that Bochum arouses in people is ‘Bochum??? With the suicide uni?!’. Who ever it was who published this suicide statistics, it has certainly left a lasting impression. So it is hypothesized that people here jump to their death because the uni is sooo ugly. I find that exaggerated. It’s just a concrete beauty, a jungled maze of rattling paving tiles, with underground parking landscapes and an incredibly lovely view of the Ruhr Valley. As the uni is situated on a hillside it lacks a classic ground floor which makes orientation in the multidimensional space extremely difficult. In case you get lost: just ask. Everyone on campus helps at least three lost souls a day find their way. We like to help.

Other than that, gender might offer a clue: an accumulation of men can be found in the eastern part of the uni (science and engineering), of women in the western wing (humanities and medicine). Should anyone happen to venture into the respectively other part, you know what he/she is probably up to.

Tinder was thus declared superfluous and abolished at the Ruhr-University Bochum.

Instead, after – Attention! – two decades of scent research, this ongoing courtship dance of young people has spawned the world’s first uni perfume, ‘Knowledge’. I am still strongly convinced that the buildings‘ significant asbestos and PCB pollution is in no way related to certain research output… 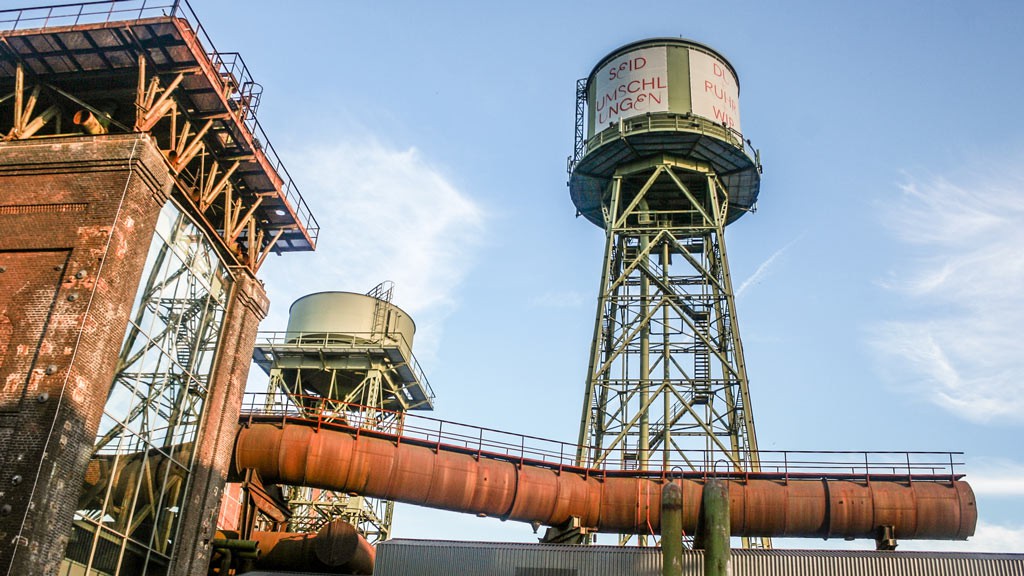 In addition to the theater and the uni, the republic’s finest soccer stadium is the third architectural gem in Bochum, that’s for sure. Understandably, people who are not as well-versed in the pettiness of the second division usually ask ‘Ahm, so the VfL Bochum ranks where in the standings?’

Typically, the fan then hems and haws, mumbling something like ‘difficult season’ and ‘lots of cheating’. But, right now, the ignorant inquirer will get an enthusiastic

Problem: the club doesn’t have any money to buy players. So, we either take the ones nobody else wants, or we hatch our own. Once they’re really good, we sell them so we can buy new jerseys for the remaining players.

The evil capitalism of soccer prevents us from playing good soccer. Every two weeks, we drown our sorrows in the world’s best beer (Fiege, of course) and fervently sing in the East Curve

‘Here, where the heart still counts,
not the big bucks!’

Alaska – Canoeing to the Bering Sea

»Big River« is what the Athabascan Indians call the Yukon. It’s one of the mightiest rivers on the planet. In this episode, Dirk Rohrbach travels the river all the way to the Bering Sea in a self-made canoe.

Ibiza is known as a paradise for party animals. But the north of the Balearic Island is characterized by its untamed beauty and unspoiled nature. An Eden for dropouts.
Gitti Müller finds peace.