Early in 2006, the headline of the British newspaper The Economist already read “If you seek paradise, go to Jena”. In Germany, however, people aren’t so sure about that. Wrongly so, thinks Ariane Kovac.

“You’re already in your sixth semester, right? Well, that’s good, you won’t have to stick around for too long then,” someone sympathetically said to me while I was doing an internship in Berlin. “Jena?! Is there anything going on there at all?” old friends from school ask when I tell them which city I live in.

And yet, it’s actually kind of hard to overlook, the big sign at the train station that says “Paradise”.

Those who arrive in Jena land straight in Paradise, no detour.
“I had pictured something else” one might say on first sight. And then, on second sight, fall in love with Jena, head over heels – never wanting to leave again. Until they reach a point where they get cabin fever from the small city despite its big city status. 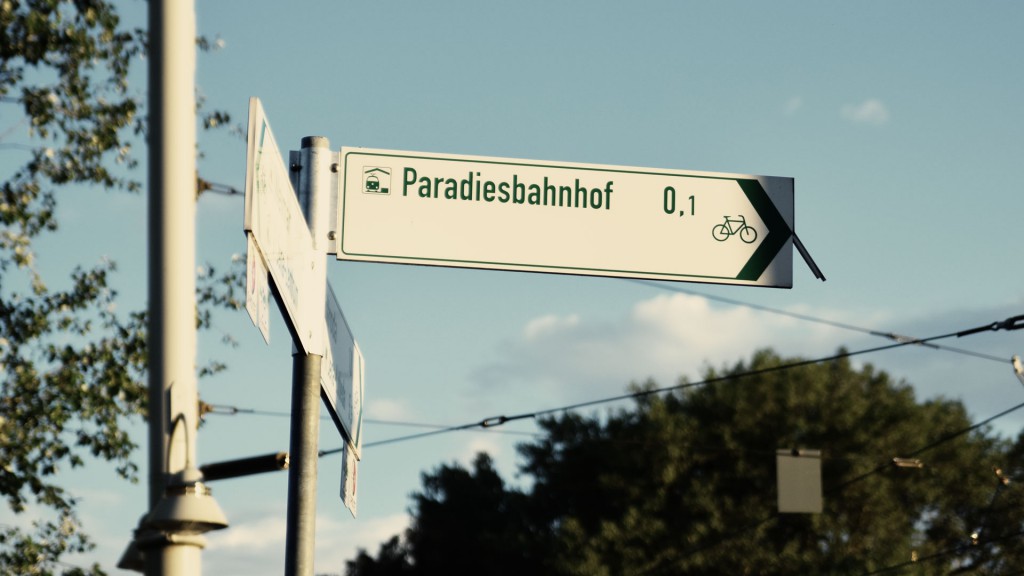 Jena; that’s gazing out from the fourth floor of the university library over the surrounding hills, the green Landgraf, the prominent Jenzig, the rugged Kernberge. That’s paying your best friends a spontaneous visit at night, kissing under the Camsdorfer Brücke (Jena’s oldest stone arch bridge), jumping into the river Saale, smelling the scent of grass in the garden of Café Wagner. Waiting in line at Fritz Mitte (a place that sells Belgian fries), getting a view of the ugliest tower of all, watching shooting stars from the dorm’s flat roof.

Jena, that’s when there’s suddenly an unknown bike at one of your house parties, which your drunk housemate just stole off the street to go for a few spins in the hall, and its owner shows up with coffee the next day to pick it up. Jena, that’s when you’re out partying and clink glasses with your lecturer at five in the morning, when on your way from your flat to campus you have to stop ten times for smalltalk, when you go to a party by yourself because you will always meet someone there you know.

Jena – that’s where everybody knows everybody.

Being in Jena, studying in Jena, took me back to my childhood. For me, there’s this vague memory of a time where you didn’t need smartphones and the internet. If we wanted to do something, we just went outside to see if someone else was playing on the street and if not, we went ahead and rang our neighbor’s doorbell.

In Jena it seems to work the same way. Because someone you know is always on campus, procrastinating, or at the library’s cafeteria, feeling frustrated, or in the Botanical Garden, relaxing. I can often pay my friends an unannounced visit or invite myself to lunch. You can get nearly anywhere in the city within ten or twenty minutes by foot; public transportation has become a stranger to me. 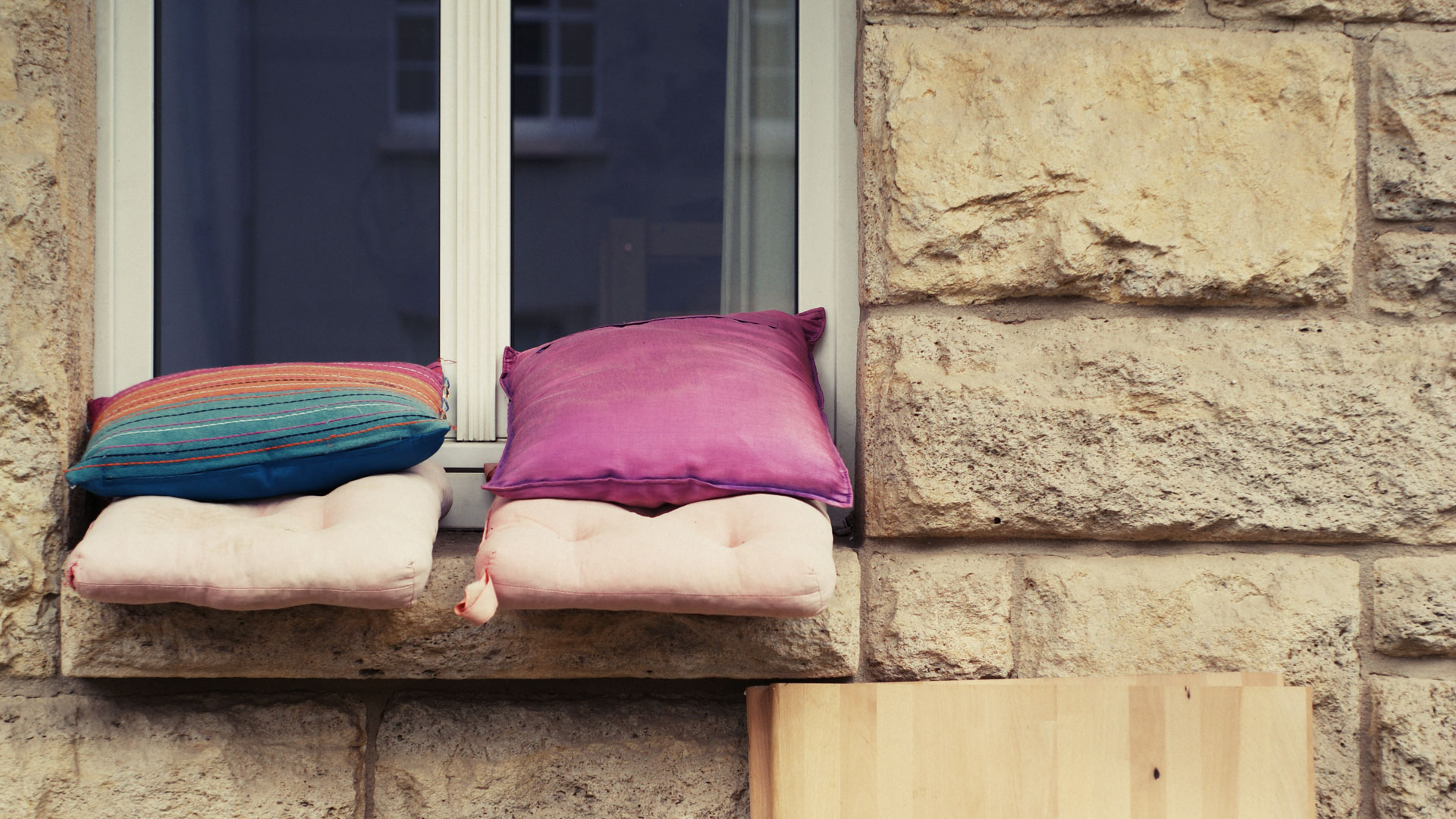 Even if I sometimes refuse to believe it or take it for granted: every time I’m not in Jena, I realize how good I have it here. In Jena, nothing is complicated. Here, I don’t need to study bus plans or consider a hundred options, don’t have to remember names of districts or make big plans for my day; I can just live. A few centuries ago, it was already Schiller who said that “nowhere else does one find such true and reasonable freedom and so many splendid people within such a small radius” than in Jena.

I can only agree – freedom, ease, life, that’s Jena to me, and I’m myself a bit surprised about having found these feelings in such a small city in such a small state. That what Jena lacks in magnificent or interesting buildings, world importance and good reputation is all made up for by its genuine atmosphere.

Maybe that, too is a sign of Paradise: you can’t recognize it from the outside – otherwise it would be completely overcrowded.

Instead, it is only granted a selected few who succeed at giving it a go and discovering its hidden beauty. 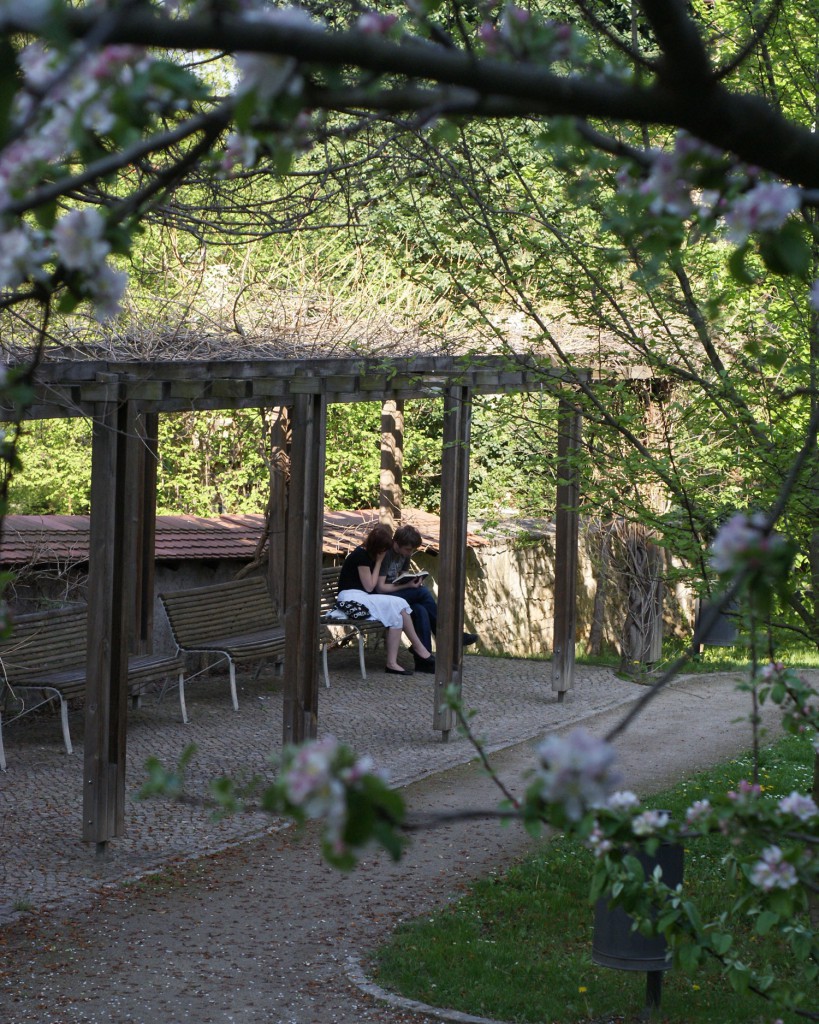 Jena is also: alternative, laid-back. You can show up at a party in your sneakers or at uni in your sweats. In the summertime, you can sit on the ground outside the sold-out “Kulturarena” and nobody cares if the campus is turned into a competition field for flunkyball in the afternoon. People say what they think, there’s always a lot of debating going on, sometimes a bit too much. And of course, nature! Wherever you are, you always have a vista of the surrounding mountains, pardon me, the surrounding high plateau. Although I live close to the city center, it only takes me five minutes to be right in the Greens. Add another five minutes, and all of a sudden, the city resembles a village.

Each day, one could climb a different hill and always enjoy a different splendid view or hike the SaaleHorizontale, a 100-kilometer-long trail. And in the summertime, the river Saale, which snakes right through the city, is relatively shallow, clean and without strong currents, and makes for a great place to go swimming or taking a trip on a rubber boat. 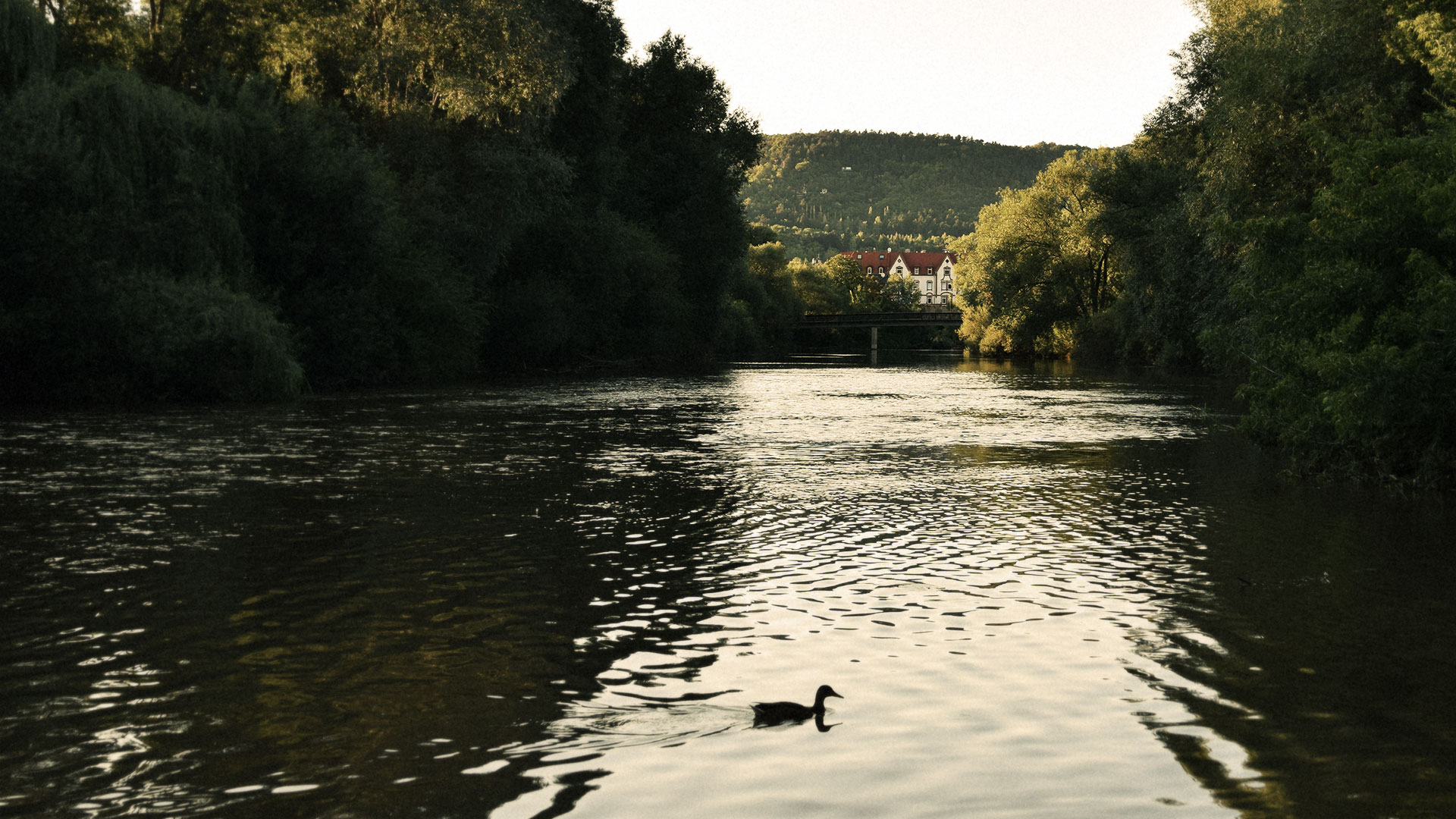 About 100,000 inhabitants, almost gaining big city status, of which 25,000 are students – eventually, you get the feeling of knowing everybody. As nice as it might be to be among familiar faces, at some point, most people in Jena get this feeling of never meeting anyone new and want to get out, move to a bigger, better known city where people also talk about work not just uni. 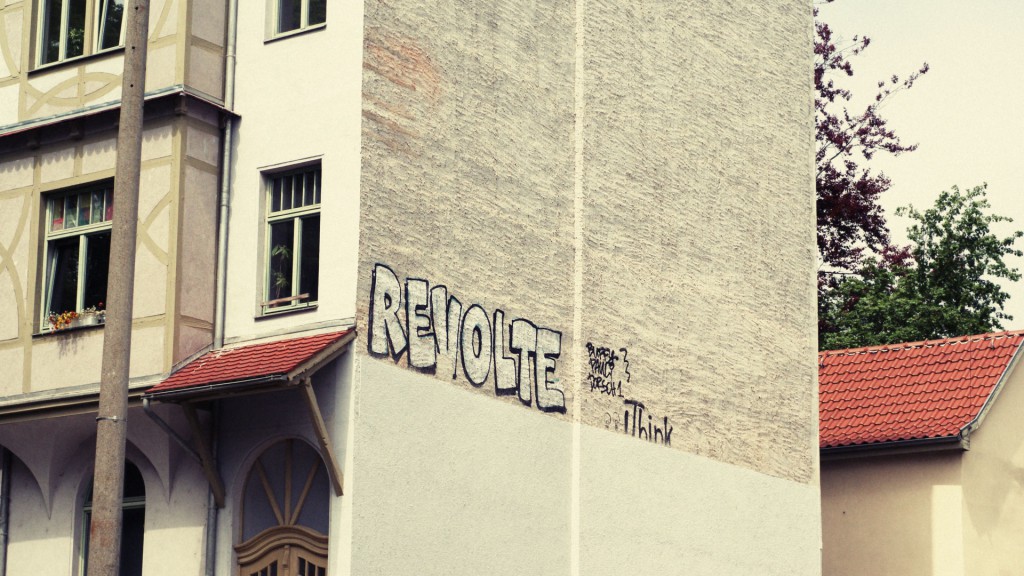 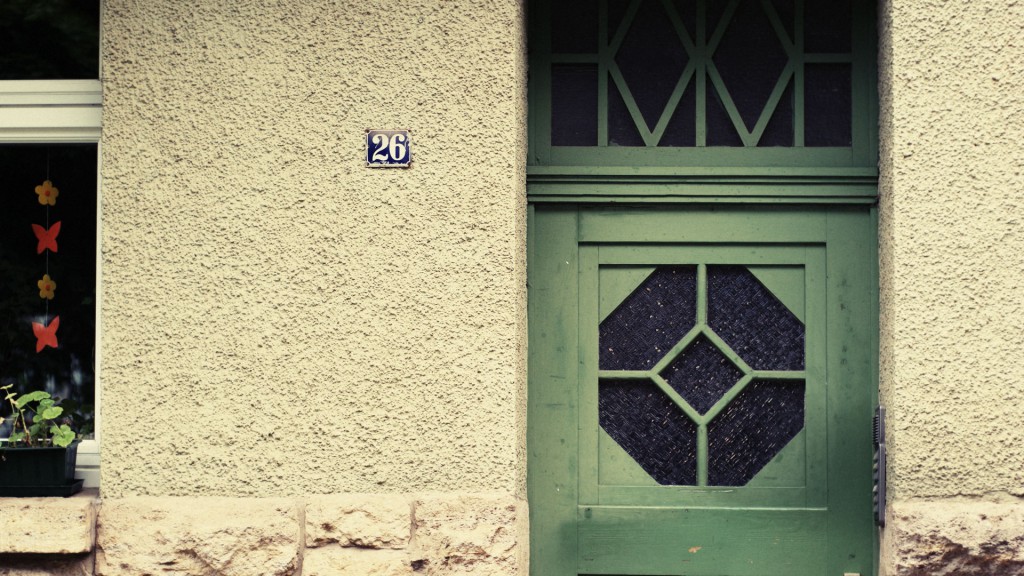 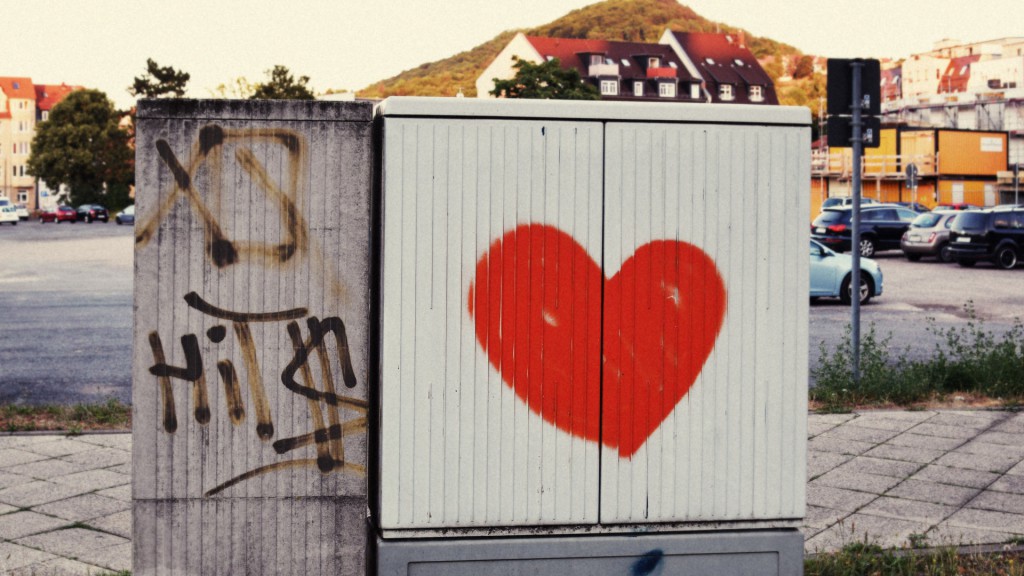 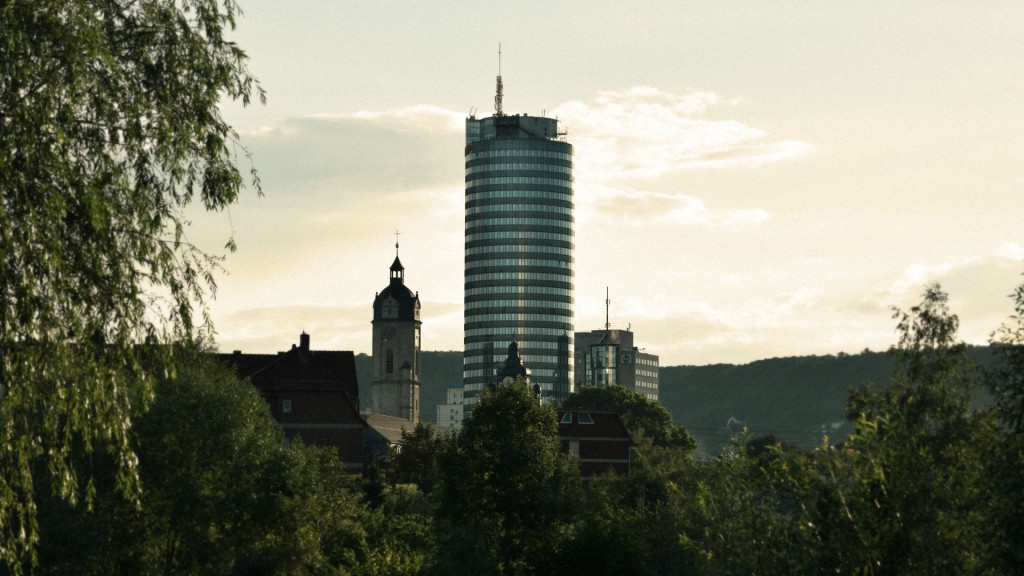 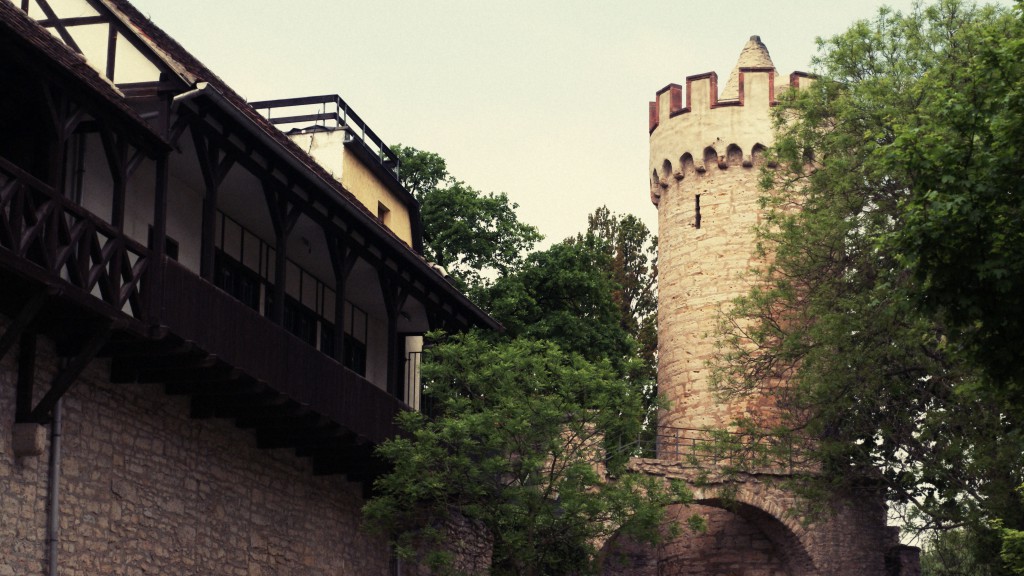 For most people, Jena is just a stopover, to complete your Bachelor’s in three years or your Master’s in two; there’s hardly a student who’s originally from here. That’s great, because everyone’s new in the beginning and open to approaching others, but it’s also a bit of a bummer because you’ve got to say goodbye to a lot of people at once, once you’ve reached the end of your studies, like me.

Naturally, I also sing the praises of Jena because I have met so many lovely people here. Soon, it will also be time for me to move on, and I know I will leave with mixed feelings; happy, curious but mostly, sad.

It’s a bit tricky with Paradise, at some point you’ve had your fill and are hungry for a new challenge.

But once you leave you soon wish yourself back.

My favorite cafés in Jena are the Immergrün and the Grünowski. At the latter they also serve great food and the location has a wonderful garden.

In the evening, the Café Wagner and the Kassablanca host events such as concerts, poetry slams, movie or game nights.

If you come to Jena, getting some French fries at Fritz Mitte is just a must – that you might have to wait in line for half an hour during the day is part of the deal.

And if you ever wanted to eat and drink like thirty years ago then you can experience a GDR feel in the pub “Wartburg“. Don’t be taken aback by the unfriendly owner or the hand-painted posters for decoration purposes, but simply order your Jägerschnitzel and a beer – maybe followed up by a round of skat.
The Wartburg can also be an oasis of bliss once you’ve had your fair share of the whole alternative-vegan student atmosphere. 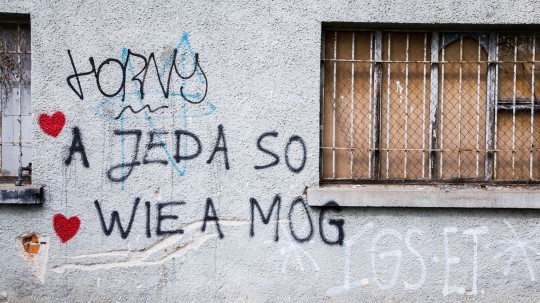 Eight years ago, Anika Landsteiner moved to Munich. She didn’t speak a word of Bavarian, but way too much Franconian, which didn’t make it easier for her to feel like she really belonged to Munich. And today? 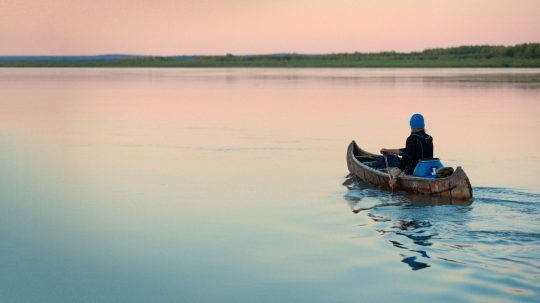 Alaska – Canoeing to the Bering Sea

»Big River« is what the Athabascan Indians call the Yukon. It’s one of the mightiest rivers on the planet. In this episode, Dirk Rohrbach travels the river all the way to the Bering Sea in a self-made canoe. 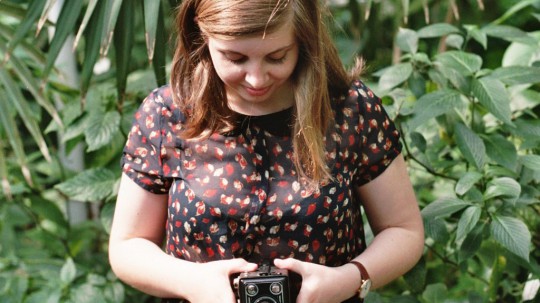 Ariane Kovac lost her heart in Peru, somewhere between llamas and rusty minibuses. Ever since, she’s been wanting to learn as much as possible about other countries and cultures – if possible, first-hand. If she can’t be on the road, she spends a lot of time running her fingers over maps and getting to know her own country a bit better, best on foot.